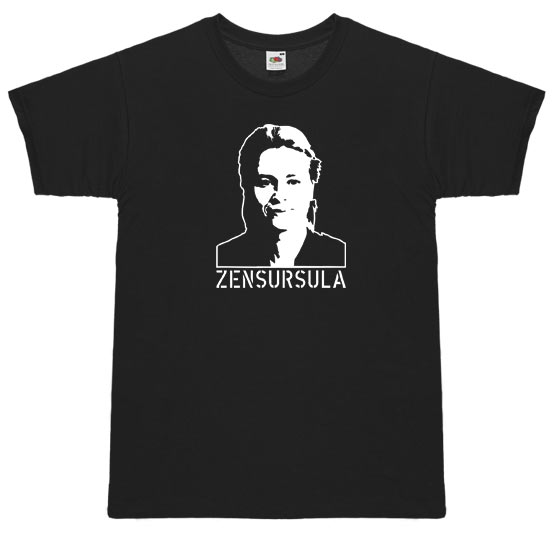 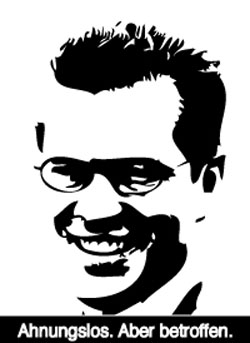 photo credit: confusedvisionHulu.com, the on-demand streaming video website established some 18 months ago by the US media companies as a platform for professionally produced content such as documentaries and TV shows, has signed a few contracts for the international market. For the international customers, that would be a good start, but it wouldn't go far enough. Why is that, you might ask?

The content they like... What sounds trivial at first has long been a major problem, both nationally and internationally. As an international consumer, content is often not available at all, available later, or not available in the preferred language. For example, all American TV shows that reach Germany at all (and that's much fewer than there are on the US market every year) are dubbed to German. This may be pleasant to some, but it also makes it insanely hard to acquire the original language versions, as the original sound track is not broadcast even on digital TV. Buying the DVD is an option, but that can sometimes take several years after the original air date. Some shows don't make it to DVD at all, either because the media companies don't deem it profitable, or because the content licensing takes forever (e.g., the first season of Crossing Jordan took over 6 years to be released, the other five are still MIA).

Hulu can help with this. Where it has been impossible for customers to get the TV shows legally that they would like to watch, people started file sharing on the Internet. With projects like hulu.com, the media companies can do what they should have done all along: Offer a legal way for the customers to watch what they like, without being forced to download it elsewhere, with questionable legality.

At the place and time they prefer... This is another issue that's long been "built" into TV broadcasts: When a show is gone, it's gone. And despite the fact that "on demand" has become somewhat of a buzz word lately, it's been been more pay-per-view movie related and even PVRs aren't quite the breakthrough yet in this respect: If you forget to plan ahead, your show won't be recorded, and you are out of luck. Tivo is helpful there, but once again, unavailable internationally.

When it comes to the place, things get even worse: If you want to watch your favorite TV shows on the train or in the car, you are as of yet completely out of luck: I don't know of a PVR that allows you to easily take its content with you, say, on your iPod. Hulu itself is isn't very helpful there either: Even with the growing availability of 3G phone networks, the Flash-based hulu player won't work on the iPhone, for example, leaving you stranded right there and then.

... in the format they require. ... which leads to the last and most severe problem: Even with Hulu offering content more widely than before, customers are still bound to a very limited distribution channel. So far, this means it's browser-only. For mobile devices without Flash, that's a bummer, and furthermore there's no offline viewing, so you are equally left out as before while on the road outside major metropolitan areas. At last, hulu has not made content available any easier even in the living room, by most recently prohibiting its content from being shown through boxee, a free media center software.

It's long been some sort of crazy "competition" between different content providers to control formats rather than content as strongly as possible, and in effect, they have lobbied many parliaments in the world (including the US and Germany) into laws prohibiting format conversions on grounds of "circumventing encryption". While audio content is more freely available now (in the DRM-free iTunes, Amazon, and Wal-Mart music stores, for example), video content is still greatly restricted and virtually not convertible to other formats legally. And there is no indication that the video industry makes any effort not to repeat the same mistakes the audio industry already went through.

Long story short Long story short, the push for international availability of hulu.com is a good start for the consumer. It may soon get the content consumers want to them, almost when and where they want it. Still, the content remains highly restricted and it is not in sight if and when that will change. Until the consumers are able to achieve format transparency through legal channels though, many may keep employing file sharing or DVD copying as their only viable alternatives. Browsing through the Oregon State University Archives on Flickr, I found this cool 1940 photo of Multnomah Falls, by the Columbia River Gorge in Oregon: 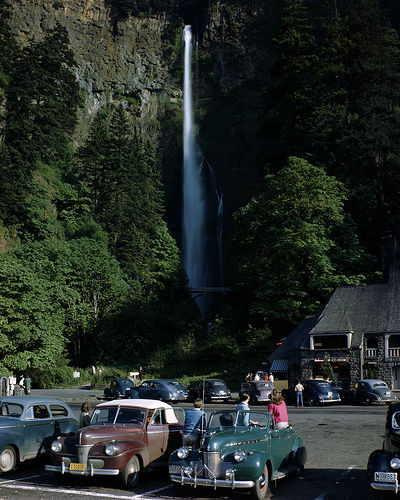 Click on the picture to see a larger version.

I totally dig the old American cars, and the overall "family day trip" vibe. Also, I just love the color of this Kodachrome color picture.

The falls, by the way, were still as gorgeous as they are in this picture when I went there 65 years later. 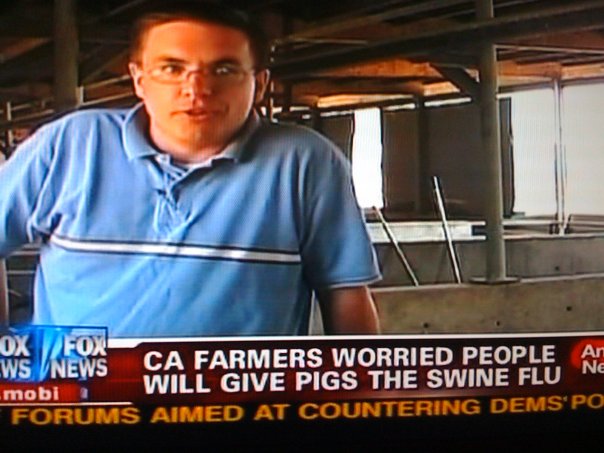 He says: "Okay, this swine flu nonsense has officially gone too far."

Oh, how right. I couldn't help but laugh at this picture. Ethically speaking, it would probably suit Californian farmers better to be concerned about their employees dying rather than their pigs. Just saying.

Haha, this make so little sense: 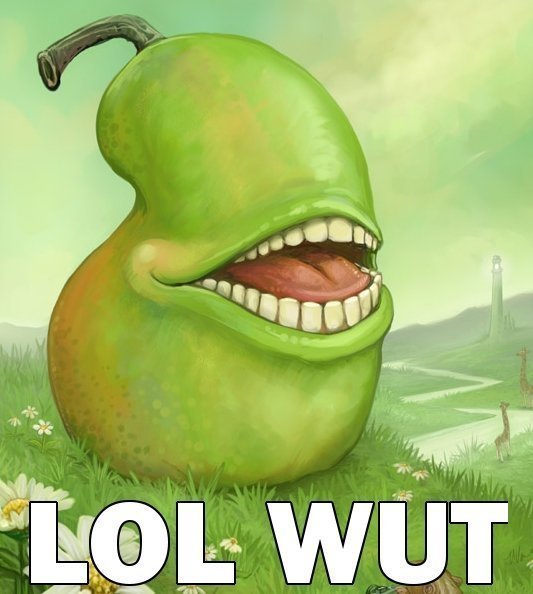 Yes, this is a pear with a mouth. Once more proof that Internet memes can be quite random.

(thanks to Wil who pointed this out)

Today's Google logo is a quite creative commemoration of Samuel Morse's birthday: