Wow. I just unsubscribed from a Barnes and Noble promotion mailing list (that I didn't even subscribe to in the first place...) and they literally ask for 10 business days to unsubscribe me from the list:

If they delivered their books as "fast" as they manage their mailing lists they'd probably have lost all their customers by now... 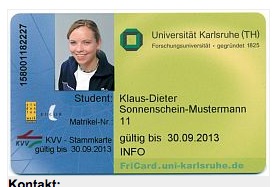 Awesome: Later this year, I will spend a few months doing research and writing my masters thesis as a grad student in Computer Science at Carnegie Mellon University in Pittsburgh, Pennsylvania.

It took a few months to get a handful of question marks out of the way, but now I am quite confident that it will work out just fine.

A lot of people may have heard the name Carnegie Mellon before, but for those who haven't, CMU is a private university with a good computer science program. According to Wikipedia, the college is pretty decently ranked and was "named one of the "New Ivies" by the magazine Newsweek in 2006".

Having been to the American East Coast only once before (on vacation to New York City), I am excited to see what the differences and similarities are between life there and what I experienced in Oregon and California. Oh, and if you happen to know Pittsburgh and around and would like to suggest something I certainly shouldn't miss out on when I'm there, please drop me a line :)

Welcome to Facebook in German... Now German speakers all over the world can join.

I am not sure if I have the heart to switch it to German though: It just "feels wrong". And after all, I think it'd result in a horrible mixture of English and German, wouldn't it?

From a "natural beauty" advertisement, via Rouven:

Talk to your daughter -- before the beauty industry does.

That reminds me of this impressive "evolution" video from 2006, that takes us from model to billboard in under 60 seconds:

Needless to say, as for every successful video there's a pretty funny parody around on the internet:

A little video from the Animaniacs TV show featuring a song about the nations of the world.

Funny how they sing "Germany now in one piece" -- of course some things are outdated too, such as "Czechoslovakia". Needless to say that "Yugoslavia" is also a thing of the past. These facts, by the way, date the song somewhere between 1990 and 1993, if I am not mistaken.

Movies reenacted by bunnies in 30 seconds.

My favorites so far: Pulp Fiction, A Christmas Story and, well, most of the others too.

Ah, for those of you who have wanted to try out the latest Firefox 3 Beta all along but were hesitant because they feared it screwing with their local data (current profile etc.):

PortableApps offer the Firefox 3 beta as a USB-stick-ready package that won't touch anything on your local computer, making it safe and fun to try out for anyone who's feeling curious:

Mozilla Firefox®, Portable Edition is available packaged with Mozilla Firefox 3 Beta 3, allowing you to test all the latest features in the upcoming version without disrupting your current Firefox installation.

Have fun... and take a guess in the comments!

Update: I fixed Song 4 and 9 because they made way too little sense. Oops ;)