Friday is approaching fast. It'll be my last day as an intern with the Mozilla Corporation!

It was a fun and exciting time, and I learned a lot. Six months long, I was working full-time on the Remora (addons.mozilla.org version 3) project, and during my journey through the complete software development lifecycle I got to tackle quite a few tricky issues that turned out to require new and unique solutions that I really enjoyed inventing and implementing (to use morgamic's recent words: "things you can't google for"), and I am proud that part of all this now carries my signature (if you are interested, at the moment, that's something like 60.000 lines of code svn blames on me).

Yet for now, I have to go back to school and finish up my degree: After all, I want to become a "Diplom-Informationswirt" (that is, a Master's Degree in Information Engineering and Management), and that'll take me pretty much another four semesters.

I want to thank my fellow AMO web devs (morgamic, clouserw, shaver, sancus, fligtar and Cameron) for their (ongoing) work on the project, their efforts to get me integrated into the project and Mozilla in no time, and their constant valuable input on my work. Thanks to schrep, Mitchell, John and cbeard who did their very best to help me get the most out of my internship. Thanks to all the other employees who sparked my inspiration and expanded my horizons time and again in interesting conversations, presentations, etc. Thanks to dolske and faaborg who I never regretted to share a "cube" with. And last but not least to the countless others all over the Mozilla community who I got in contact with (and there were a lot!).

That being said, I'm not out of your hair yet ;)! Even after my return to the college campus, I'll stay on the Mozilla webdev team, and I'll keep contributing to Remora and other projects to come; only I'll be on IRC at slightly different times of day...

See you in Europe!

Neu in meiner unmöglichen T-Shirt-Schublade: sudo make me a sandwich.

When I just closed Firefox (on OSX), I got this window:

Firefox -- New Settings New Settings have been created for this application. Do you wish to use these settings from now on? [Use new settings] [Use original settings]

Quite frankly, I am confused. Now I don't know if this is a Firefox window or one that the OS gave me, but since I upgraded to OSX 10.4.9 earlier today, it is possibly something OSX asked me. Yet, I have a few thoughts on this, if you ask me, unfortunately bad piece of UI.

I clicked "Use new settings", and, judging by the fact that I can still blog, that doesn't seem to have been the "wrong" decision. But you never know...

Update: The fabulous little box is apparently an effect after several subsequent crashes of an application on OSX. There's an Apple help document about it, thanks for pointing that out in the comments, Michael. 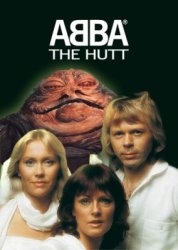 If your webservice breaks, at least give people a reason to smile when they read the error message -- like Technorati this morning:

Uh, version 2.1.1 of the popular Wordpress blog software was compromised by a hacker who introduced malicious code into the version that was downloaded and installed by quite a few people across the globe.

While I wasn't directly affected (I hadn't upgraded to 2.1.1 yet), I upgraded another instance of WP on my server immediately because it did have the malicious code, as a quick grep for "ix" in the wp-includes directory showed.

When I decided to upgrade my own blogs to 2.1.2 as well today (skipping the bad release ;) ) I realized again how painful upgrading Wordpress is. While, once the code is in place, it's a one-click upgrade, getting the new code where it belongs is a pain in the arm. Code backup, database backup, disabling plugins, deleting code files (yet not deleting the user files that are heavily mixed up with actual application files), running the upgrade script, re-enabling the plugins.

Upgrading Wordpress should be easier than that. After all, it's an open source project. RERO is what makes it strong, and therefore even weekly updates should be desirable, but easy to do. So far, the Wordpress people haven't done much to solve this: And that is even more surprising considering how many releases they've pushed out since their 2.0 milestone.

I could imagine an options page in the admin interface automatically downloading a diff for the most recent version, trying to apply the patch (incl. merging) and failing gracefully if a conflict occurs (for extra credit, give advanced users an interface to resolve the conflicts). It should also do the DB backup and code backup itself: After all, it has at least read access to both its database and code directory.

This is a similar idea to what the Mozilla project calls AUS: The Application Update Service. It applies binary diffs to Firefox and friends in order to make staying up to date easier for people and save their precious time.

For now, I switched my wordpress instances to an SVN checkout of the latest tagged version, making the download process easier, but not solving the whole backup-disable-update-enable issue.

I like Wordpress -- and I don't seem to be alone: Wordpress is probably one of the most popular blog engines in the world. Now if they made updating as easy as installing it, they could show that their popularity has a good reason.