November 1942. "An American pineapple, of the kind the Axis finds hard to digest, is ready to leave the hand of an infantryman in training at Fort Belvoir, Va."

I need to admit: I was mentally prepared for a phone meeting later tonight. I forgot it's the Fourth of July... 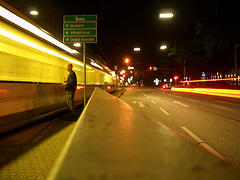