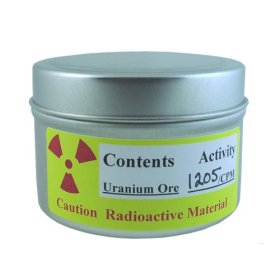 Kevin Rudd, who just became Prime Minister of Australia on Monday, immediately got to work and just today ratified the Kyoto Protocol (an amendment to the United Nations convention on climate change).

Now there is only one industry nation in the world left who did not formally commit to a common effort on climate change. You probably know who it is...

Today, I received my first MySpace invitation spam ever, featuring some text along the lines of:

Hi gorgeous i loved your profile you want to have great time... blah, blah...

Sadly for her, I am not a MySpace member and probably never will, but when I almost hit the "Report Spam" button, I realized that myspace has a proactive approach against spam from their members (also described in their privacy policy). The end of the mail reads:

If you want to block any emails from MySpace members in the future, you can click here: http://www1.myspace.com/... Or send a single blank email with the subject line "BLOCK" to: privacy (at) myspace (dot) com You can also block future email or direct any other inquiries by regular postal mail to: MySpace, Inc. 8391 Beverly Blvd. #349 Los Angeles, CA 90048 USA

After making sure the mail was not a phishing attack, I went to the provided link and put my address on MySpace's block list and now I am fairly confident this first invitation spam message will also have been my last.

As they tend to live off the sharing of private data, social networking sites almost never deserve praise for something they do privacy-related. This, I believe, is a notable exception.

(Note: A double opt-in system would be even better, yet that would defeat the purpose of "inviting one's friends" into a social network, who have not opted into the network (yet) by definition.)

Republican presidential candidate and former Arkansas governor Mike Huckabee made an interesting election commercial featuring nobody less than the actor that all other actors are merely imitating, everybody's favorite idol and the guy whose fists are faster than light: Chuck Norris.

I know what you're thinking now: "Where can I vote for Chuck, and who's that other guy in the commercial anyway?" (after all, you American voters have made an actor president before, and the Californians have made one governor, so this seems to be the logical career step for American actors). Maybe next time he'll have a heart and roundhouse kick his way to the Oval Office?

(Thanks for the link, Tara!)

When I read dictionary.com's word of the day today:

aggrandize: To make or make appear great or greater.

However, I wonder: Is "aggrandize" a perfectly cromulent word? ;)

Yesterday, I registered with LinkedIn and sent out a few invitations to people I know who also have an account.

Sadly enough, LinkedIn didn't like my name, FrÃƒÂ©dÃƒÂ©ric, quite as much as I do, so the invitation emails ended up being signed like this:

I'd like to add you to my professional network on LinkedIn. -Fr&#xe9;d&#xe9;ric

I reported the bug and hope they fix it soon. For now, I replaced my "ÃƒÂ©"s by regular "e"s but of course they are only half as nice :)

Sorry for the inconvenience to everyone who though "who the heck is that?" when receiving my email.

(Thanks to Brandon and morgamic who told me about the problem.)

From the HTTP response headers that the del.icio.us API sends:

This is a golden age of dining and drinking in a city that 15 years ago was about as cutting edge as a tomato in January.

Despite this questionable quote, the New York Times seem to like Portland, Oregon food-wise.

I can see that: Portland is still one of the nicest cities that I have been to in the U.S., if not the best. Turns out, I have chosen the right decade to go there.