Now that a year of photos on this blog is over, I can get back to dedicating this place to my public disagreement with people who are wrong on the Internet!

Twitter published yesterday that they are now capable of reactively blocking certain tweets for the users from certain countries only, should they be required to censor certain content in one country but not others. Previously, they were only able to remove tweets globally, whether or not certain content was illegal in all affected countries or not. As an example, they mention tweets promoting Nazism, which is illegal in Germany and France.

Mark Gibbs at forbes.com smells the opportunity for outrage and paints a grim vision of proactive, automated censorship at Twitter, and he even announces the beginning of the end of Twitter itself. Sadly, the article teems with outrageous yet wrong claims:

For example, Gibbs states that Twitter was considering, let alone be forced, to employ preventive, automated censorship using fuzzy statistical algorithms. This is in no way backed by the original source he's commenting on nor the laws that spawned this in the first place. For instance, while denying the Holocaust is illegal in most of Europe and many other countries across the globe, pre-censorship is usually illegal, in Germany even unconstitutional. Only "post-censorship" (i.e., keeping an existing publication from being distributed after the fact) is, by way of court order, legal -- much like in many other countries including the US.

This and only this way of reacting to illegal content after the fact is what Twitter claims to be able to do in their press release. To be more precise: Twitter was already required to follow the laws in the countries it operates in. I am not aware of a case when this might have previously happened, but if they were required to remove an incendiary tweet previously, they would have to delete it globally due to technical restrictions, not only in the area where a law was being violated -- only now, Twitter will not have to settle for the lowest common denominator anymore. Arguably, that's an improvement.

That said, I am as sensitive to the dangers to freedom of speech as the next guy, and I am a passionate opponent of certain legislation in my home country. Any sort of censorship, whether it may be deemed legitimate or not, is a restriction of free speech and bears the potential for abuse. Consequently, the biggest problem here is not the removal of tweets that directly violate laws protecting the democratic order of certain countries--our biggest worry, instead, should be the Chilling Effect this may cause (Chilling Effect, or "the scissors in the head" as it was termed over a century earlier in the 1840s in Germany, refers to the preemptive self-muting by a person fearing punishment when expressing their opinion). Therefore, I am quite happy that Twitter (along with Google and others) is publishing any block requests it receives on chillingeffects.org, thus exposing such requests to public scrutiny and political discussion.

I am two days late for this year's anniversary, but this is just too impressive: Omaha Beach, June 6, 1944. 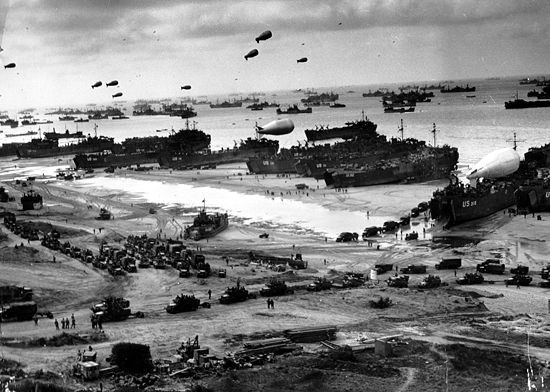 Make sure to click on the picture to see bigger versions.

(via Justin, thanks! Source: US or Canadian National Archives, via Wikipedia. Public Domain.)

Just in time for the recent 20th anniversary of the fall of the Berlin Wall, boston.com's Big Picture has a great collection of photos -- both contemporary and recent -- that show what the Wall once looked like, and how it looks now. This is great! 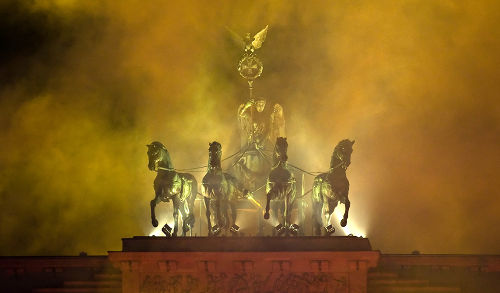 In a New York Times article about the fall of the Berlin Wall 20 years ago, they add a schema of a typical section of the German-German border, showing that the "Wall" was not really only a wall, but rather an elaborate combination of measures to keep people from fleeing their own country. Pretty impressive and sad at the same time. 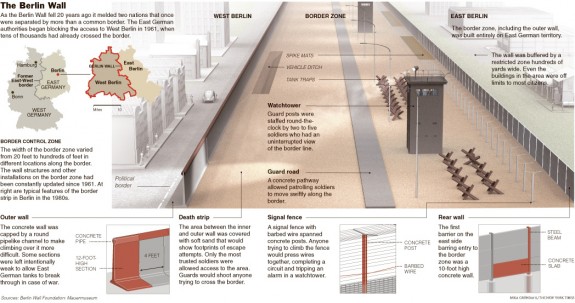 This week is a good week: We've got lots of reasons to celebrate, that couldn't be more different in nature. Which ones, you ask?

Let's start with the oldest one: On November 10, Sesame Street turns 40. The show is still going strong, and I have fond memories of it when I was a child. My favorite characters were always Samson, as well as Ernie and Bert. Only much later I found out to my astonishment that Samson, the big, brown bear, is only present in the German version of the show, and not in its American counterpart. (In turn, Big Bird is missing from the German Sesamstraße). Happy Birthday, Sesame Street!

Number two on the list of this weeks "birthdays" is the reunited Federal Republic of Germany. While reunification wasn't completed until late 1990, the 9th of November, 1989, marks perhaps the most important step in the process. After several weeks of civil protests, the East German government announced that all GDR citizens could visit West Germany and West Berlin. In a slip of tongue, the announcing politician declared the unprecedented travel permit to be valid "immediately", resulting in an exodus of East Germans to the West.

Witnesses would later describe how the customs officials tried to check passports at first, and after awhile just opened the borders to let people pass, realizing it was futile to try any further checks. Due to this historic significance, the 9th of November was considered for the national holiday of Germany, but it was dropped in favor of the 3rd of October due to its unfortunate coincidence with at least two dark spots in German history. Happy birthday, reunited Germany!

Last, but certainly not least, Mozilla Firefox turns 5 on the 9th of November as well. Firefox 1.0 was released in 2004, and since then, the Web has been changing faster than ever. It has developed into an exciting platform for innovation and collaboration. That the web browser space is now a competitive environment with a number of excellent players in the market, is something Firefox had an essential influence on and it is something the Mozilla community can be proud of. Make sure to watch the video "The Story of Firefox" on the Five Years of Firefox website. Happy birthday, Firefox!

On September 27, 2009, the Federal Republic of Germany will vote for their 17th "Bundestag", i.e., its federal parliament. Due to my absence on the actual election day, I went to the ballot today already for early voting. Here is proof: The staff were very helpful and interestingly, there were actually a lot of people asking for absentee ballots.

Another observation struck me as odd while reading the ballot: Of all people, the direct candidate of one of the nationalist parties*) is a "Fremdsprachensekretärin", or certified multi-lingual secretary. Yup, a foreign-language secretary by day, moonlighting as a xenophobe. Life's ironic.

*) whom I didn't vote for, just in case that was unobvious. 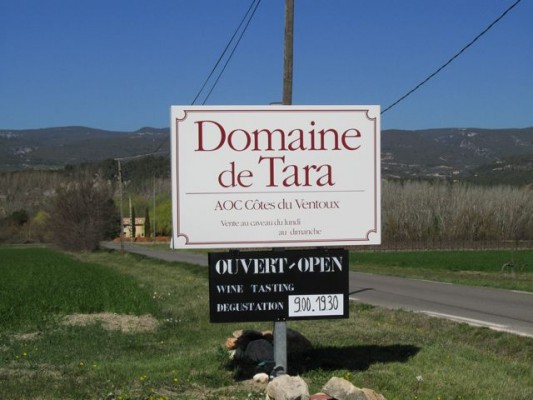 She started off with a nice little article on the hunt for American-style brown sugar in Germany. It also includes a yummy recipe for baking Oatmeal Walnut Chocolate Chunk Cookies which -- in spite of the sugar-related difficulties -- turned out more than delicious.

Her future posts are likely going to be about food (both her passion and profession) and German strangeness she's just bound to stumble across every once in awhile... :)

Feel free to visit her blog, say hello, and maybe even subscribe to the RSS feed. Have fun!

The photo is from a trip we took to Provence, where a winery coincidentally carries my fiancée's name.