Searching for "Karlsruhe" on Amazon.com, I found a few sellers that reprint old photochrom (sic) photographs from the collection of the Library of Congress. Among them, these three beautiful old photos of my university city Karlsruhe (Baden), dated somewhere around the turn of the last century: 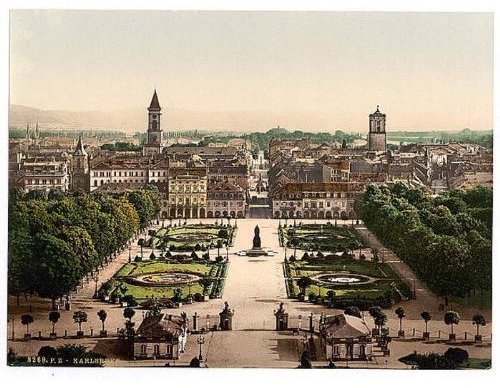 First, the "General View of Karlsruhe" as seen from the residence castle, facing south. 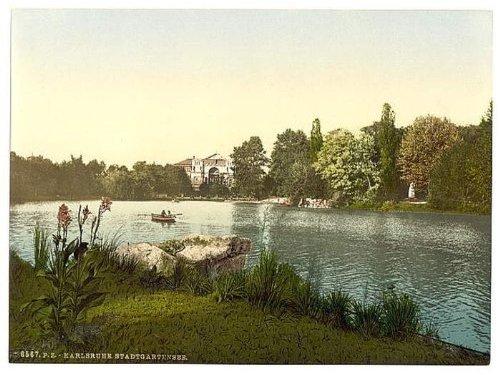 This one, "Lake in Public Garden" shows the Stadtgartensee, which is now inside the Karlsruhe Zoo. 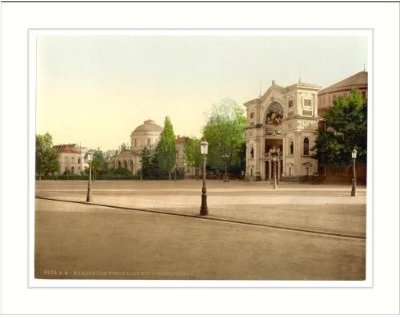 At last, the Vierordtbad -- a public, in-door pool, that's been built in the 1870s. Completely renovated in the early aughts, it has now as "young" a look as ever. (Side note: The picture title is, incorrectly, "Vierortsbad" = "four city bath", but it was actually called after a gentleman named "Vierordt" who donated some 40 % of the original building costs back in the day).

Very nice photos! But, while this makes the city look "old", Karlsruhe is actually quite the kid, compared to other German cities. It was not founded until 1715, when the Margrave of Baden-Durlach decided to build a new residence -- and a nice little city to go with it.