Google has made some sort of Meta Updater package ("Google Pack") that bundles quite a few useful applications.

Among these: Firefox :), Adobe Reader, AdAware SE and of course some Google Applications.

Even if this seems to be totally useless for the experienced user, it could greatly facilitate staying up-to-date with these essential tools without regularly having to look for updates in every single application.

Probably targeting the unexperienced user, it could make them install a couple of useful tools they probably would not have thought about otherwise. And it could give Firefox another boost by making it even less complicated to install. A real contribution to a more secure internet experience for the average user. Well done, Google.

Additionally, administrators might appreciate the package in order to install a few tools all at once, reducing overall installation time. Eventually, they might even include it in an unattended Windows install CD, letting them roll out new boxes with only a couple of minutes of work. (Looks good for me, as I really only want to waste as little time as possible on installing Windows ;) ) 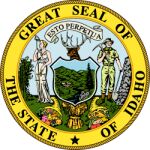