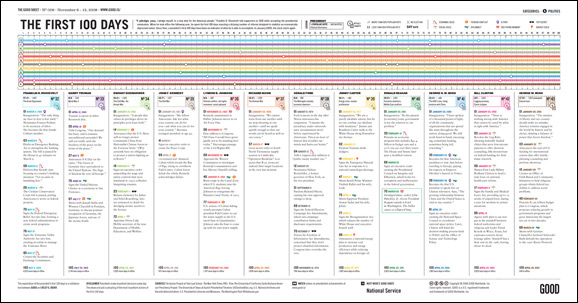 "Quick, put the disco music on, he's having a heart attack!"

U.S. doctors have found the Bee Gees 1977 disco anthem "Stayin' Alive" provides an ideal beat to follow while performing chest compressions as part of CPR on a heart attack victim.

The American Heart Association calls for chest compressions to be given at a rate of 100 per minute in cardiopulmonary resuscitation (CPR). "Stayin' Alive" almost perfectly matches that, with 103 beats per minute.

The study left the open if wearing the appropriate attire is also beneficial for the patient's survival.

This xkcd comic is just way too cool to be left unblogged: 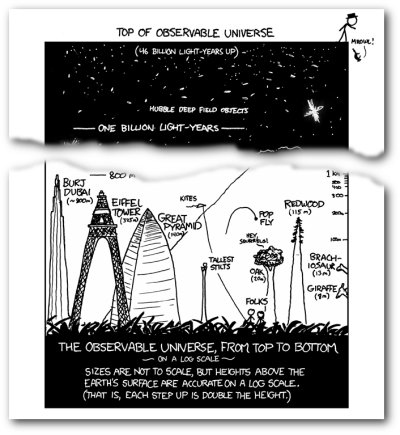 Needless to say, due to its ginormous size I needed to cut off the middle part (one of the beauties of its CC-by-nc license), so make sure to click on the picture to see it in all its beauty.

Randall Munroe made a map of the observable universe, from top to bottom, on a logarithmic scale. I love the details ("Eris: All hail discordia!"--Eris is the Greek goddess of strife, or Cory Doctorow in a balloon, or Pluto (not a planet, neener neener)...). It's also cool how funny the buildings look due to the scale.

It's also available as a poster!

Gotta love Amazon recommendations. Apparently, it found out due to my viewing history, that I am interested in stem vowels: 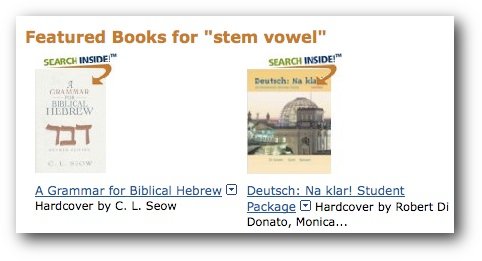 What they did not explain is how the Belgium they came up with that (I know for a fact that I did not search for that), and more importantly, how it is even possible to develop an interest in stem vowels.

Then again, I am not a linguist, so maybe I am just an utter philistine when it comes to the beauty of stem vowels. Who knows?