The ears shall---for now---remain the only body part that can get hurt when somebody is playing the cello. The painful-sounding medical condition "cello scrotum" turned out to be a 30-year-old hoax:

A top doctor has admitted her part in hoodwinking a leading medical journal after inventing a medical condition called "cello scrotum".

The spoof was inspired by a similar report of a phenomenon called "guitar nipple", which happened when the edge of the guitar was pressed against the breast, causing irritation.

"Anyone who has ever watched a cello being played would realise the physical impossibility of our claim. Somewhat to our astonishment, the letter was published."

I am sure cellists across the globe will be glad to hear their manhood is not at risk. I, for my part, will keep on playing the trumpet instead, just to be on the safe side ;) 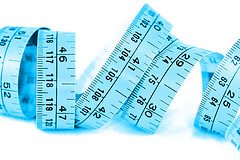