I am grateful that my skill set is apparently a scarce commodity -- so much so that I routinely get emails from recruiters trying to get me interested into their respective employers / clients. So far so good. That's nice, even flattering at times.

In my day job, hiring great engineers is part of what I do, and I work with a number of excellent recruiters.

But ever so often, recruiters send me messages that just make me shake my head. Not just the ones from Yahoo, I mean.

So, perhaps it is time to start blogging about them. Not to ridicule the craft (seriously, I <3 recruiters), but to give an insight in what your messages may sound like on the other side of that email chain.

Not what you think

Here, take this one for example:

Hi! I am not reaching out to recruit you. I've learned technologist of your caliber are more than able and willing to communicate once options are being kept open. […]

Well, that is comforting. For a second, I thought you being a recruiter and me being an engineering manager was setting the stage for a chat about a job opportunity at one of your client companies.

But, now that we've cleared up that this is not about being recruited, it's just plain creepy. Did you mean to type this into your eHarmony account and picked LinkedIn on accident?

That stealth 300-million user base company

I need an Engineering Manager for an exciting company in SF.

Check out their specs:

Oh, where to start.

First, who? Stop beating around the bush. If your client is profitable, has 300 million users (signups, anyway), and is otherwise as well known and respected as you claim, then I can google them. If you want me to work for someone, at least tell me where. Playing the guessing game is a joke and a waste of time.

Even though you're probably working on commission, and you fear I'd cheat you out of it by going to the company directly, that's not an excuse. As a potential applicant, I have no incentive to do that. For starters, I do not pay your commission, and I also have no interest in applying at a company "cold" via their website, if instead I can have a recruiter put in the good word for me.

Second, nice list of benefits, but more than boyscout-style field trips and supposedly unlimited vacation, I see you leading with 75% of medical insurance for dependents, and ending with pet insurance and I wonder if that means your client values my dog's health more highly than my kid's. That's not your fault as a recruiter, but strikes me as an odd juxtaposition.

Also, how is a ping pong tournament a company benefit? But let's not get carried away…

Third, and most importantly: "Would you know anyone interested?" -- this is more than only borderline offensive. You email me, an engineering manager, and instead of asking if I am interested in the job, you nonchalantly ask me to recruit someone else for you? Sure. You probably mean "are you or any of your friends interested", but why not write that? You wouldn't walk into a butcher shop and ask if they happen to be able to refer you to a butcher, would you?

Third and last example for the day:

Subject: [We] raised [a ton of money] and revenues are growing faster than we can hire great people to keep up!

[We are] growing rapidly and, in fact, ha[ve] grown from 128 "nerdy but lovable" [cute employee nickname]-ers to over 250 already this year.

Congratulations on your massive funding. I appreciate (I really do) that there is a chance your startup has enough money to make payroll and rent. (Of course, as a regular employee I will see very little of that money beyond my own paycheck, so perhaps it's not so much reason to cheer after all). 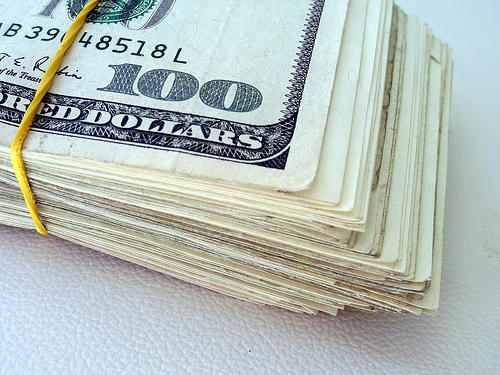 But I am not convinced doubling in size a few months into the year is quite as much reason to brag about. This, in combination with your subject line about having too much money on your hands, does not fill me with confidence that you also thought about maintaining (or building) your company culture along with it. Turns out, as an engineering manager, my peers and I will have to clean up that mess. I can't wait!

(By the way, mathematically I might have enjoyed the sentence more if the employee count had truly gone up from 27 to 28, but only for a minute. And, alas, you missed this opportunity to get some geek cred.)

I'll leave it at that for now. If you're a recruiter yourself and you've cringed throughout this post, don't be too hard on your peers. Just promise to do better, the next time you reach out to a potential candidate.

And if you think I got it all wrong, just leave a comment here, as usual.

I'm blogging about once a week in 2013, on various topics. This is my seventh post of the year.