The web comic Geek and Poke has hilariously determined how AIG accumulated a whopping 62 billion dollars in losses: 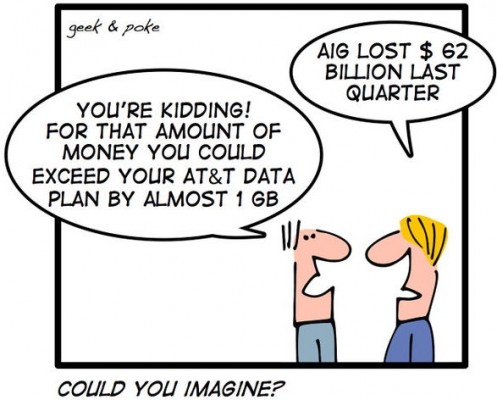 Of course, there's also a lot of other things that could have been done with the money---like paying off the national debts of China, Australia, Mexico and Ukraine... and 9 other things on a list CNN recently published.

A friend of mine who worked at AIG before said "of course I changed jobs as quickly as possible! Only a fool would still insure with AIG..." ouch.