This was blogged at least a million times today and it was dugg, too. Google updated their photos in Google Maps and Earth all over the world.

This includes high-res pictures of many metropolitan areas. But it was a real pleasure to see that my university city in Germany now comes with the highest possible resolution Google maps has.

Look at the whole downtown area or at an overview of the university campus. That's amazing!

The pictures, by the way, seem to be from early 2005 judging from the fact that the new 24-hour library which was opened a few months ago is still heavily being built on in the picture. 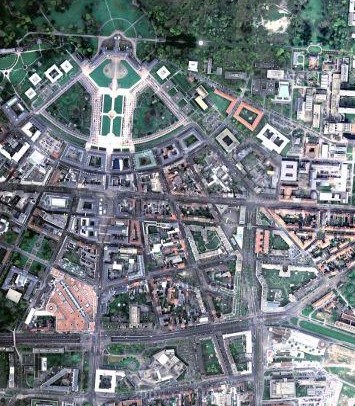 So, the World Cup has been over for a while, and even though you Americans probably haven't become fluent German speakers in the meantime, chances are you will go there on vacation some time.

I even hope you will.

But can you survive in the fatherland? The German Spiegel ("mirror") Magazine put together a German survival bible for you to practice your German social skills.

(via SF Stammtisch, thanks Jennifer)