I just read that Penguin Books offers Charles Dickens' famous "A Christmas Carol" for free download on its website as an audiobook podcast.

Go ahead, download it and finally get in a christmas mood :) And be fast - it will only be there till the end of december.

P.S.: By the way: The podcast is read with a wonderful british accent :) It's not what you hear very often around here! 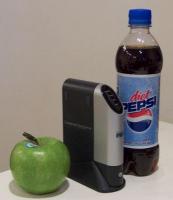 We are using DB_DataObjects as the database abstraction layer for Maintain. It's a pretty convenient way to access databases, in most cases preventing you from writing ugly SQL strings at all. So far, so good.

However, when handling lots of database entries (in my case a couple of ten thousands), you might easily run into PHP's memory limit. Imagine the following scenario:

It will magically query your database for you, taking some memory for caching and, when you made your way through all of the returned records (what should actually happen at some time, considering that you have got a while clause here), it should destroy the cached information, setting the memory free that was used for it.

Imagine the above code sample being inside another while() statement. It will start constantly leaking memory until it runs into PHP's memory limit. In my case, the script finally took 56 Megs of space.

The solution is to run $books->free() after you've iterated through the records, even though the associated man page claims: "DataObjects stores result sets as a private global variable, normally this is free'ed after you have run through the results, or at the end of the request.".

Update: Bug filed. Update 2: The bug was fixed and a new, stable release is available now. Go ahead and upgrade :)